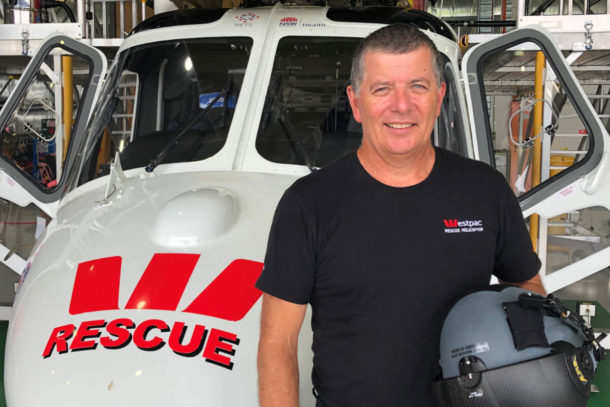 After 35 years’ service, Lismore Based Aircrew Officer Mick Kerry has had many memorable missions but it goes without saying that the one that saved his brother’s life is the most significant.

“Key missions are hard to define, but one mission that was very close to home was about 15 years ago. I was on shift and was called to transport an adult male with a serious bleed on his brain. It turned out to be my brother who we transported to the Gold Coast Hospital in a very serious condition. Thankfully he made a full recovery and is doing very well,” Mick said.

Mick was also part of the response to the devastating Kempsey bus crash on 22 December 1989 and involved in a yacht search over three days for the ‘Excalibur’ which disappeared off Seal Rocks in 2002.

“I feel very proud to have been able to not only work in my current role for so long, but to be working in an industry that has such a direct effect on the community is very satisfying,” he said.

Mick commenced his work with the Westpac Rescue Helicopter Service at the age of 18, with the first 7 years being voluntary. He started Aircrew Officer training in 1991 and began full time employment in 1992. From 1995-2017 Mick was head of Aircrew Training and Checking in the northern region and in addition to this, held the role of Crew Chief Officer for 6 years from the late 90’s through to the early 2000’s.

When asked about his favourite part of his role, Mick said that without a doubt it is the people he works alongside.

“The comradery that exists amongst the Operational staff, Engineers, Admin and Management is what has kept me happy in my role for the past 35 years. The friendships and memories that are built amongst the team and the funny and amusing times that our work colleagues provide us from time to time, are ones that will last forever,” Mick concluded.

Westpac Rescue Helicopter Service CEO Richard Jones OAM said that the respect shown to Mick by his colleagues is testimony to his value to the team in Lismore.

“He’s a team player, with high standards across all aspects of his role and I’ve been told you could count on one hand the amount of sick days he’s had. Whenever a shift is handed over, everything is in the right place, all checks have been done thoroughly and as a result he represents an excellent role model for his fellow Aircrew and colleagues,” Jones said.

“The Service is very fortunate to have had someone like Mick serving our community for the past 35 years. Mick has a big heart and a strong community spirit, he’s always eager to get involved with fundraising and loves giving back and saying thank you. This extends to his passion for golf, as whenever there is a Golf Day fundraiser and he isn’t on shift, he will go along and play. Mick is just an all-round top bloke,” Jones concluded. 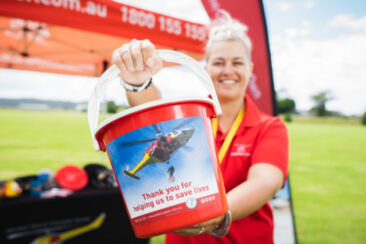 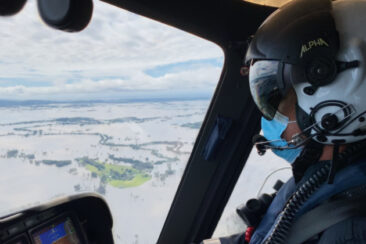 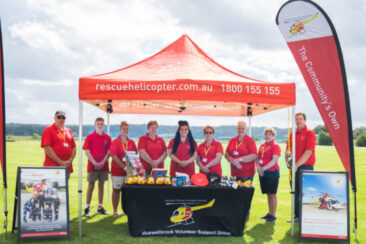 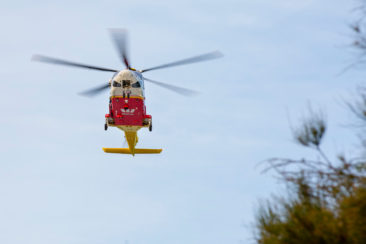